January is such a sad time of year. The grey skies, the cold weather and the look of grief on the faces of friends, family and acquaintances when I reply to their question “So, what have you got planned for the new year?”

I have the exact same thing planned for this year as I did for last year, as I did for the year before: Nothing.

And I will stick to that plan. I will not let myself down. At the end of 2019, I will have comfortably achieved my goal. Almost certainly, well before the end.

Each day this year, I will wake up in time for a nice rest. I will consider and dismiss either getting up or getting dressed. That’s for later. For at least an hour, I won’t even open my eyes. I’ll just sink further and further into the mattress while I listen to the outside sounds of wind, birds and people, all ruining their lives by living.

When I finally open my eyes, I spend a solid hour or two ignoring texts or phone calls. They’re probably important, so there’s no point in me getting involved. It’ll end badly. Plus, I have to keep the bedroom ceiling from falling in using only my mind.

I remember there’s a good book lying on the floor beside me. I’m a third of the way through it and for a few moments I wonder what will happen in it next. Then, in my mind, I murder the lead character, consider the book finished and decide that I have now read it.

A friend of mine once said that when she is having a bad day, she just goes to bed. But I say, why take the chance? Stay there. The only bad thing that can happen to you is that you might piss yourself. Then I spend a long passage of time thinking how bad would it really be to lie in your own piss? Surely, it’ll only be initially horrifying like plummeting to your death or going to work. At first, you realise the horror of it but after a while you get used to it, become numb and then, ultimately, oblivion.

I close my eyes again, pull the duvet over my head and enjoy some more reassuring oblivion.

But it’s no good. My bladder is furious and loud. Plus, it’s after lunchtime now, so time for me to get up and have breakfast.

I cook a Diet Coke by opening it. A delicious start to… er… whatever day it is. Yes, breakfast is the most important meal of the day and I find a Diet Coke just hits the spot. Refreshing and doesn’t spoil my inertia with all that chewing.

There are things to do. So many things to do. I have some unread emails. 3,649 to be precise. But first things first: It’s time to help the arse-sized dent on the sofa with its task of hitting the floor. I don’t put the TV on because the remote control and my mind are too far away. So, I heave my legs onto the sofa, lie back and continue my blurred focus on nothing. At 2pm, I hear a siren and feel sad when it goes past, more interested in someone else and not me. But that’s me. Too unmotivated to do a killing spree or set fire to my house. And ambulances are useless. I was in one recently when my leg exploded. They took me to a hospital and a doctor told me that I needed complete rest and my leg would be healed in 6 weeks. 2 weeks later I came back, fully healed. “How did that heal so quick?”, asked the doctor. “I just did what you said”, I told him. “Complete rest”. The doctor was surprised and said “Oh, no one ever actually does that”.

I am and always have been a model patient. I was born to be a patient.

2pm becomes 3 becomes 4 becomes 5. The day is over, and I haven’t started. If I wasn’t so content, so blissfully happy doing nothing, maybe I could be on TV like my friends. I could be on panel shows and chat shows and Bake Off and Question Time. My friends are so busy that I worry about them. How do they fit their nothing in? When I talk to them, they seem so happy that they’re busy. But that’s comedians. Always masking the pain.

“I have barely any free time!”, they say. Free time? What is that. My day is full. I’ve not gone scuba diving, played golf, read Eleanor Oliphant or watched Better Call Saul because I have no time to do things, just 24 hours a day to do nothing. But somehow, I cram all that nothing in. Not false free time nothing. Not “doing nothing, just reading a book” or “doing nothing, just washing myself”. Actual bona fide, genuine, half-dressed rehearsal-for-the-grave nothing.

It is night and people are returning to their homes just as I begin to wake up and go out. This is not as scary as it seems. My night will consist of just a few hours drinking beer and having the same conversation with friends I’ve been having for years. Like minded friends. Comfortable and comforting friends. They don’t ask what I’ve been up to because they know, and they can’t be arsed.

It is bliss. Drinking is lovely. Like going back to bed while you’re out. The beer starts to feel like the duvet. Keeping me warm, safe and in the dark. And soon the beer will put me back into my slumber. It’s an expensive and decadent lifestyle but fast-tracking, whether onto a plane or into oblivion, feels worth every penny at the time.

Finally, bed again. Exhausted but happy, I turn out the light, close my eyes and roll the duvet around me. As I drift off, I think about what could become of me if it wasn’t for the support of apathy. I think we all dodged a bullet there.

A good friend once told me, in a very accusatory tone, “You can’t go back to the womb”. 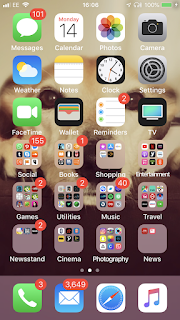 I “wrote” this blog nearly 2 years ago but didn’t post it. A few days ago, I heard an album by The The called The Inertia Variations. It’s Matt Johnson reading out John Tottenham’s poetry of the same name. I heard it and immediately loved it, despite being jealous that someone was way better at this sort of thing than me. It reminded me of this blog, so I dug it out and changed two bits. It’s still a blog. It’s not art or nothing. John Tottenham’s work definitely is though, and I feel I’ve discovered a great new hero. Here is his genuinely terrible website: https://johntottenham.com/category/inertia-variations/

Get Best SEO Services in Chennai from Eumaxindia – We are Leading SEO & Digital Marketing Company in Chennai, offering numerous packages to meet your business requirements. Call us at 98404 86666 for a FREE Quote!

Tecnotv is an application with which you can watch live TV whenever you want. The IPTV protocol is used for this, the technology that allows the television signal to be carried over the Internet with more than acceptable quality.

Great Dr. imoloa herbal medicine is the perfect cure remedy for HIV Virus, I was diagnose of HIV for 8years, and everyday i am always on research looking for a perfect way to get rid of this terrible disease as i always knew that what we need for our health is right here on earth. So, on my search on the internet I saw some different testimony on how Dr. imoloa has been able to cure HIV with his powerful herbal medicine. I decided to contact this man, I contacted him for the herbal medicine which i received through DHL courier service. And he guided me on how to. I asked him for solutions a drink the herbal medicine for good two weeks.  and then he instructed me to go for check up which i did. behold i was ( HIV NEGATIVE).Thank God for dr imoloa has use his powerful herbal medicine to cure me. he also has cure for diseases like: parkison disease, vaginal cancer, epilepsy,  Anxiety Disorders, Autoimmune Disease,  Back Pain,  Back Sprain,   Bipolar Disorder,  Brain Tumour,  Malignant,  Bruxism, Bulimia,  Cervical Disk Disease, cardiovascular disease, Neoplasms,  chronic respiratory disease,  mental and behavioural disorder,  Cystic  Fibrosis,  Hypertension, Diabetes, asthma,  Inflammatory autoimmune-mediated arthritis.  chronic kidney disease, inflammatory joint disease, back pain,  impotence,  feta  alcohol spectrum,  Dysthymic Disorder,   Eczema, skin cancer,  tuberculosis,  Chronic Fatigue Syndrome, constipation, inflammatory bowel  disease, bone cancer, lungs cancer,  mouth ulcer,  mouth cancer, body pain, fever, hepatitis A.B.C.,   syphilis,  diarrhea,  Huntington's Disease,  back acne,  Chronic renal failure,   addison disease,  Chronic Pain,   Crohn's  Disease,   Cystic Fibrosis,  Fibromyalgia,   Inflammatory Bowel Disease,  fungal  nail disease, Lyme Disease, Celia disease, Lymphoma, Major  Depression,  Malignant Melanoma,   Mania,  Melorheostosis,   Meniere's  Disease,  Mucopolysaccharidosis , Multiple Sclerosis,  Muscular  Dystrophy,  Rheumatoid Arthritis, Alzheimer's Disease   email- drimolaherbalmademedicine@gmail.com  / call or {whatssapp ..... +2347081986098.  }

I have no clue how I ended up here while sleepily browsing wikipedia before my pre-nap but what a gift! This is what I’m doing for Christmas rn and I can’t stop laughing. I know the various comments posted over this year aren’t a part of the post but My God they make it even better. 10/10 blog entry I’m Dead ��

So is possible that HIV Disease can be cured because I have been scammed so many times not until I came across this great man herbalist Dr Akhigbe who helped me at first I never believe all this comment and post about him and I was very sick because I have been infected with HIV/AIDS for the past two year,just last 2 months I keep reading the testimony about this man named Dr Akhigbe they said that the man is so powerful he have cured different type of diseases, I keep monitoring his post of some people about this man and I found out that he was real so I decided to give him a trial I contacted him for help and he said he was going to help me get my cure that all I needed to do was to send him money to prepare the medication after which it will be sent to me via DHL courier delivery services which I did to my greatest surprise the medication was sent to me he gave me instructions to follow on how to drink it that after  three weeks I should go for check up,after taking the medicine and follow his instruction after three weeks I went back to the hospital for another test, at first I was shocked when the doctor told me that I was  negative I ask the doctor to check again and the result was still the same negative that was how I free from  HIV VIRUS at of the shock I decided to come and share my own testimony with you for those who think there is no cure for HIV VIRUS the cure as finally come'  out stop doubting and contact Dr Akhigbe via email drrealakhigbe@gmail.com he will help you out you can also whats App him via +2348142454860 he is also perfect in curing DIABETICS,HERPES,HIV/AIDS, ;ALS,  CANCER , MALARIA , BACTERIA DIARRHEA, MENINGITIS,HEPATITIS A AND B,ASTHMA, HEART DISEASE, CHRONIC DISEASE. NAUSEA VOMITING OR DIARRHEA, KIDNEY DISEASE,, SCHIZOPHRENIA, LUPUS,EXTERNAL INFECTION, COMMON COLD, JOINT PAIN, OSTEOPOROSIS, RABIES RHEUMATISM, THYROID, GALLSTONE, COLD & FLU, DENGUE, HUNTINGTON'S DISEASE, PROSTATE, CIRRHOSIS, DENGUE FEVER, SCABIES, EPILEPSY,STROKE,TUBERCULOSIS ,STOMACH DISEASE. ECZEMA, SMALLPOX,  PROGERIA, EATING DISORDER, LOWER RESPIRATORY INFECTION. etc believe me that deadly disease is not longer a deadly sentence because dr akhigbe has the cure.the godfather of herbal root.email: drrealakhigbe@gmail.com         whatsapp number.  +2349010754824 website: https://drrealakhigbe.weebly.com