I hung out with some 20 year olds in a bar yesterday. I didn’t mean to. They were just there and one of them said hello to me because he’s my friend’s son and we got talking. He’s in a band and I asked how they were doing. They’re sort of Joy Division-ish. I didn’t say that, he did. I told him I loved Joy Division and he said cool but it was clear he didn’t believe me because I’m not 20. I was probably 20 when I first liked them. I showed him that I had 2 of their albums on my phone and he was genuinely impressed/surprised. His friends, who were also in the band with him, couldn’t believe I’d seen Nirvana. They talked about David Bowie, The Smiths and Blondie. I mentioned Tune-Yards in a pathetic attempt to connect but they didn’t really know Tune-Yards. One of them said they didn’t like them, they were a bit too mainstream. I was delighted that there’s still a mainstream but ashamed that I liked a modern band that were “boring”. I mentioned a couple of other bands that were probably well into their 30’s but to me were really young and new. They had no interest in that sort of music, even though it was so similar to what they did like. I passed my phone and earphones to one of them and asked him to listen to Carter USM. He loved it. I told them I saw Iggy Pop last year. They were jealous. I told them about Black Box Recorder and they all seemed to think that they were right up their street. I’m 49 years old and I can still confidently sit in a bar and connect with a group of 20 year olds. I am cool.

I have a mobile phone. It made a noise and flashed up a message on its screen. I read the message aloud: “Time for your arthritis medicine”. The youngsters immediately started acting their age and saw me as I really am. The conversation stopped.

Drugs can unnerve a lot of people but you’d think a band could have handled it. Maybe I should have offered them some of the pills? It’s what all us real Joy Division fans are all doing. 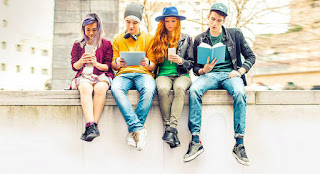 www.twitter.com/michaellegge
Posted by Michael Legge at 06:27 No comments:

My mum often asks me when I think I’ll be discovered. The thing is, I was discovered years ago.

10 years ago this very day, the internet was full of warmth, compliments and photographs of loved pets and unloved animals mocked up as happy dinners. Every time we looked on Facebook, we read our friends’ successes and I related to none of it. The internet just didn’t speak to me, so I decided to speak to it. In fact, I shouted at it. 10 years ago this very day, I invented online anger.

And now look at the state of the place.

Back then, no one had ever thought of calling a friend’s wedding cake a cunt but it’s all different now. Everyone is angry. Not just occasionally but all the time. Non-stop. I came up with the simple idea of not telling lies about how great my life and your life was and now everyone does it. But with none of the charm. I was the Pixies and then you lot became a huge, popular, white supremacist, women-hating, constantly threatening Nirvana who, if he were still alive, would probably coax the snowflake Kurt Cobain into killing himself live on Instagram or Snapchat or iPlayer. There are days when I almost regret calling David Walliams a corpse-fucker on Twitter. I was supposed to be the angry man on the Internet but who would even notice that now? I’ve become undiscovered.

I hide online now. Mainly on Twitter. Mainly on my @vitriolamusic Twitter account. It’s a place I share with Robin Ince (he hasn’t ever logged in once yet) and I go there to avoid the copycat angry people who took my beautiful idea too far. I talk to lots of people on there every day. While you are threatening to rape a slut or telling a woman who doesn’t like Black Mirror that they’re fat, I go on to my @vitriolamusic Twitter account and talk to kind, civil people about music.

For those who are unaware of music, it’s a popular art form based on sound and rhythm and without it our lives would be completely empty and without any meaning and it is very easy to steal. Some people actually pay for it but not many and the few that do are threatened with violence or called fat on the Internet. I much prefer risking the threats and paying for the music because I’ve loved it so much since I was a child and buying new music helps keep me almost up to date with whatever might be happening in the music (please forgive me for using this next word, I am very aware it’s awful) scene. And there lies the problem. The music scene has undiscovered me.

It happens every few years. The whole music scene changes and it becomes filled with bands that forget to sing about the things I like or play guitars the way I like them. Like the Internet, the scene isn’t for me just now but I’m in so deep with music that I can’t just turn my back on it. That’s why I buy the new one from the National or some other band that are clearly aimed at me and I get disappointed. It’s just not for me. The National are boring and their singer is a prick and the guitars are crap and they wear waistcoats like absolute cunts. And then, out of nowhere, my secret online friends and I will decide to pick an artist from the past and listen to their back catalogue and discuss it. That’s how, in 2018, I discovered the talents of Alice Cooper.

I am a fucking idiot. For years I bought Shed Seven albums and The Soft Parade singles and that fucking bullshit last album by Sleater-Kinney and all of The National’s fucking records and ALICE COOPER HAD BEEN THERE ALL ALONG. Every one of his albums (that I’ve heard so far) are incredible and  they have just been sitting there. For decades. Just sitting there statically and full of life. They have an actual heartbeat. Great tunes with fun in them. Pantomime, schlock-horror, loads of actual horns, drug-induced electro experimentations and rock that has decided that it has to live because YOU have to live. It is music that has invited you in and it only wants you to be happy. It’s music that actually cares about you.

Songs that are so good you won’t be able to stop whistling, humming and screaming them. Probably all at the same time. Alice Cooper has just sat there waiting and my reward for finding him is a new joyous belief in the power of music.

Think I’m going too far? Then please just listen to Elected, an uplifting Ringmaster of a song that revels in being the first thing to ever slag off Donald Trump, beating the Internet by over 40 years. After that, try a whole album in order. Some of you may never have done that before but, trust me, in this case it’s worth it. Try Billion Dollar Babies and Welcome To My Nightmare because those are albums that everyone (except me) knows and they are sunshine in a very dark, spooky and incredibly funny can. Then go to Flush The Fashion, very different to his classics and it’s my favourite Alice Cooper album. I always love the ones the artist can’t remember making.

I’m new to all this so I’m excited and want to share it with you like it’s a picture of my loved pet or my happy vegan dinner. If you’re not keen on Alice Cooper then all I can say is: you love him, you just don’t know it yet.

Alice Cooper’s incredible music and very witty lyrics (yep, he’s really funny) are pretty much the reasons why I love the Internet right now. Coming together and sharing that stuff hasn’t just made me happy, it’s given me a genuine thrill to find out everything I can about a new artist. Admittedly, one that’s been around since 1969. And huge thanks to Dan Mersh and EVERYONE who joins in with the listen-alongs at @vitriolamusic. You can go and find out about Alice Cooper’s stuff too because it’s just there. Gathering dust but waiting to be discovered. Just like all of us. 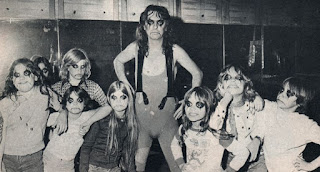