I’m a huge fan of the band Sparks. They had massive chart hits in the early 70’s with songs that were in no way obviously commercial. The tunes were there, clearly, but the complex arrangements, the witty and poetic lyrics and the falsetto vocals made them a challenge for some. And by some, I mean idiots. Plus, some people were put off by the keyboard player looking a bit like Hitler. But Sparks only got better as time went on and, as a result, became less popular. Of course, they’ve now been producing challenging, inventive pop music for so long and so often that everyone’s finally realised how great they’ve always been and now they’re really popular again. Sparks are two brothers aged 72 and 69 and they are pop stars.

And I’ve been thinking about them a lot recently. In 1974, they were at the top of the charts (well, near it) and rubbing shoulders with Donny Osmond, Olivia Newton John and Gary Glitter and they probably could have gone on like that forever, but they kept changing their musical style and getting better and, generally, people hate that. So, the records got better but the hits stopped. Then last year they had their first top 5 album in 40 years. Why? Because they did what they wanted, and they did it brilliantly, and it took the rest of the world that long to catch up.

It’s not like you can’t be true to your art in stand-up comedy AND be hugely successful. Look at Daniel Kitson. He sells out huge venues with almost no advertising, no TV presence, relying only on the fact that he’s probably the best stand-up comedian in the country. John Oliver is another good example. He used to do clever, informed satire in front of drunks in crappy, stinking comedy clubs in dismal UK towns a Megabus cry away from London. Now he does the same thing in front of the entire world on television. I’d say even Michael McIntyre is a good example too. He always wanted to connect with as many people as possible. Also, he's a great stand-up. He worked at it, stayed true to his aim and it paid off. Whereas I swear a lot and have a moderately successful podcast. But maybe people just haven’t caught up with how brilliant that is yet?

So, where am I? Where do I stand in the world of comedy? What has happened so far and what are the soaring highs and the still-falling lows? What have I achieved? What can I look back on? What is my moment? That moment where I was part of art and success? That moment where I was part of something that was going somewhere? What is the moment in my life where I felt a part of the comedy community, with art and success and me sitting together as closely as we’ll ever be?

I think I know when that moment was.

Many years ago, I was once on a bill at a very small comedy night in Soho. I remember it very well for two reasons. Firstly, the bill was Daniel Kitson, Michael McIntyre, John Oliver and me. Just think about that for a second. Secondly, the venue’s toilet was broken.

While John Oliver was on stage being brilliant, I decided to go to the toilet. I went downstairs to the gents and, as I entered, I saw Daniel Kitson walk out of the cubicle. “It’s broken”, he said. But I needed it, so in I went.

I locked the cubicle door and looked into the toilet bowl. There was shit in it. Daniel Kitson’s shit. The shit of the future greatest stand-up in the country. I tried flushing the toilet, but nothing happened. It was disgusting but, I had no choice. I had to shit on the shit of the future greatest stand-up in the country. Then Michael McIntyre walked into the gents for a pee. I knew it was him because he was talking and I recognised his voice. He was talking about me. He didn’t say anything that bad, but he definitely didn’t say anything that good. Something about how he was surprised that I was on the bill. Not that that bothered me. It’s hard to be hurt by criticism when you are shitting on another man’s shit.

Above me, I heard the voice of John Oliver coming through the venue’s PA system. He was doing a great routine but how it’s always funny “on the way here” if you’re a comedian. I laughed. And that made Michael McIntyre stop talking.

And that’s my moment. The closest I’ve ever come to success. The voice of the most respected satirist of our time above me, being bitched about by the most popular entertainer on TV at my side and, below me, the filth of the greatest stand-up comedian in the country.
When do I get to sing My Way? 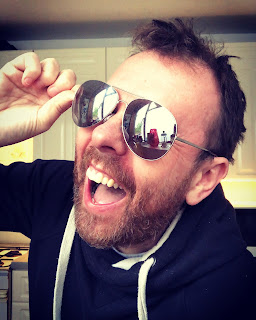 I read some testimonies about a love spell caster called Robinson buckler on how he has helped lots of people in bringing back their ex lovers within 24 hours, Sincerely I was just thinking if that was real and if this man could really help bring back my lover whom I love so much. I decided to contact him because I love my boyfriend very much and we have been apart for a couple of months I really missed him so much, I have tried all other means to get him back but I couldn't. I contacted Robinsonbuckler@hotmail.com and he told me that my ex will come back to me in the next 48 hours, Robinson buckler released him up to know how much i loved and wanted him. And opened his eyes to picture how much we have share together. My ex is now back to me again.As I`m writing this testimony right now I`m the most happiest girl on earth and me and my boyfriend is living a happy life and our love is now stronger than how it were even before our break up.All thanks goes to Robinson buckler for the excessive work that he has done for me by helping me to get back with my ex boyfriend.